Vocational Education Through the Years

Vocational Education Through the Years 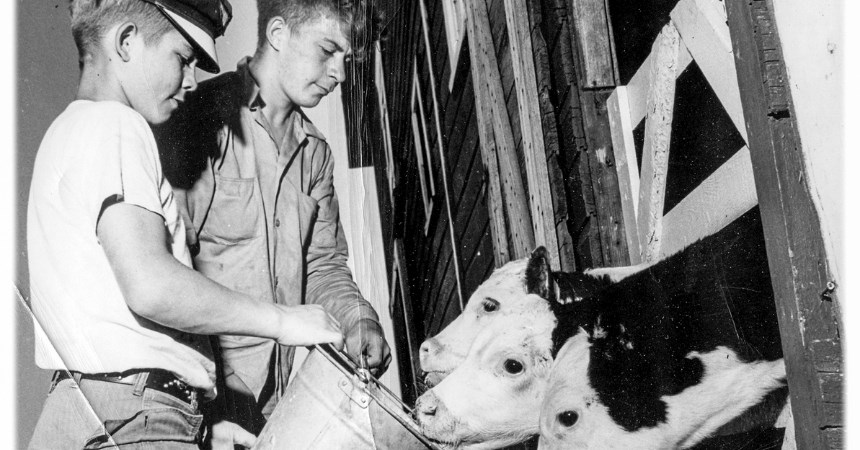 In the 1960s, Dakota Boys Ranch faced some serious education issues. At that time, the Ranch's education program consisted of two elementary teachers, one full-time and one part-time. Consequently, the Ranch was basically dependent on the public schools for educating the boys living at the Ranch. Many of the boys had special education needs and most had difficulty functioning in the public school setting due to backgrounds of neglect.

In order to alleviate the situation, the Ranch Board of Directors voted to start a Vocational Agriculture Education Program at the Ranch. The plan was for boys who could not function in public school to start at the Ranch school part-time or full-time, and then transition back to public school.

Such a program would capitalize on the rural setting and make use of the facilities, equipment, and programs already in place.

I was hired for the new Ranch position and brought with me the curriculum and my knowledge of putting it into practice.

As we developed the Ranch education program, we took advantage of the many types of workers it took to run the facility to give students a taste of the "real world of work." This included curriculum and work experience in foodservice, buildings and grounds, horticulture, equipment operation, and more. We also made use of off-campus, community employment opportunities.

Sometimes these placements took an unexpected turn. One of our students was working at the local zoo and he forgot to close an important gate, which resulted in zoo staff and police rounding up several escaped and roaming Bison!

In the early days, the program had a definite rural feel to it. Students raised, harvested, and sold 20 acres of sweet corn; tended to 800 beehives; and raised cattle as Future Farmers of America projects.

The Ranch vocational program became very successful, growing in staff and facility size. In the late 70's and early 80's, the State of North Dakota developed a specialized Vocational Education Program and implemented it statewide. The Ranch played an important role in getting this program off the ground and helped to develop some of the curriculum.

At this time, the Ranch Vocational Agriculture Program transitioned to a Vocational Special Needs Program. While the program has changed significantly—in the children it serves and the ways in which we teach quality vocational skills—it continues to prepare Ranch children for adulthood.

The core of this successful vocational program was and is its ability to change along with our residents. For instance, when the Ranch started admitting girls and became Dakota Boys and Girls Ranch, the vocational program became co-ed. Another change related to the type of children coming to the Ranch—they became less delinquent and more in need of special education and treatment for emotional issues. It adapted to serve a younger population, and to the ever-changing technology in the world and the workplace. Who could have imagined you would have to be an electrician to fix a car's motor!

Ranch staff are the ultimate reason for the program's success. Throughout the life of the program, staff have kept the interests and needs of the students front and center and have adapted the curriculum to the changing needs of the children and the workplace.

I may be somewhat biased, but I can attest to this program's success. I often see and talk to former residents and students of this program—some of whom I taught. They are starting families, raising families, or like me, are now grandparents! They are active in their church and community. They are concerned about the welfare of others and are what you would describe as good citizens. Thanks to the successful education experience they had at the Ranch, these former students have jobs. They can support their families, help others in need, and remain self-sufficient. To me this defines the end result, the final outcome, the mission of Dakota Boys and Girls Ranch, to help at-risk children and their families succeed in the name of Christ.